Yogurt Lids, Yo Yo Quilts, and the Yardage of El Anatsui


When I was in junior high school, in the late 60s, I collected yogurt lids. Here's one. 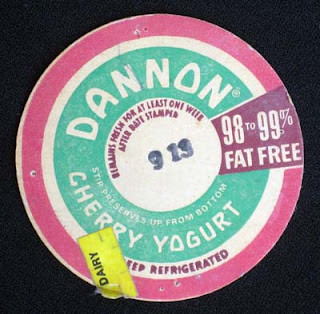 At that time there was mostly only Dannon yogurt. A lot of kids brought it for lunch. The lids were cardboard and had two parts; the part that snugged over the container's rim, and a colorful sturdy cardboard circle that popped into the top, with the color-matched flavor printed on it.

The insert mesmerized me. I wanted to make something from them. That's how I became cafeteria-famous as the kid that you threw your yogurt lid at. It was done in a mostly friendly way, and I happily collected hundreds.

Back home, up in the attic, I hung a bamboo pole sideways and started to make a curtain of  lids. I put staples in the north, south, east and west positions, to attach each lid to its neighbors. It  didn't work very well. They hung askew. I created an area a yard or so square, but the bigger it got, the wonkier it hung. I never finished.

Eventually, I went off to college, and in my absence, my dad threw them all away. I have one lid left that I found under a box during an attic excavation. That's the one you see above. Like me, it's now an antique. (Here's an age test: Do you remember PRUNE WHIP yogurt? I loved that stuff.)

Years later, when I became a quilter, I discovered yo yo quilts and recognized that they came from  basically the same instinct as my wannabe yogurt curtain. Here's an award-winning yo yo quilt held by its 98-year-old creator, from About.com. 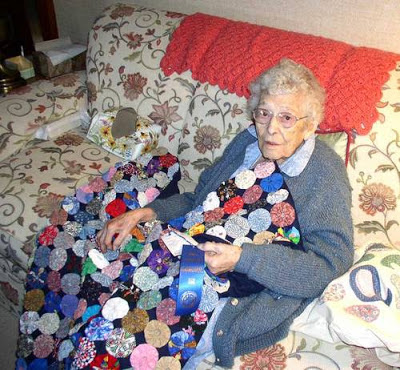 Yo yos are not just for seniors. A new generation is discovering them. The picture below shows a small, hip, 'modern'  yo yo quilt with a tutorial, from Purl Bee: 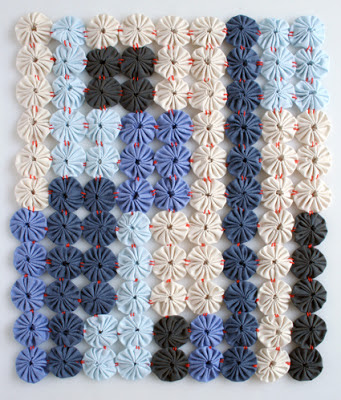 Two weeks ago, while we were visiting New York, a dear friend took us to the Brooklyn Museum to see the quilt exhibit there. It was a very nice, small exhibit of mostly antique quilts (info here)...

But what took my breath away was the amazing work of someone I'd never heard of, African artist El Anatsui.

El Anatsui takes discarded can lids, or foil bottle seals, or other metallic (or wood) scraps.... 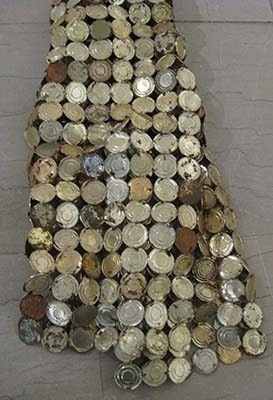 ...and he turns them into heavy, rippling, monumentally massive enormous works of art. Some sprawl   across the floor... 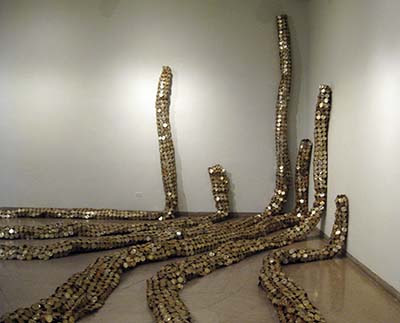 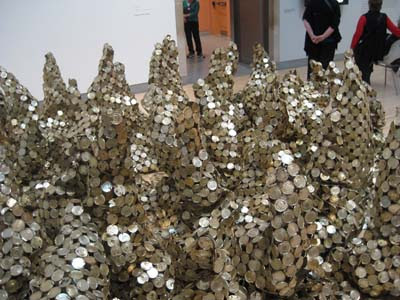 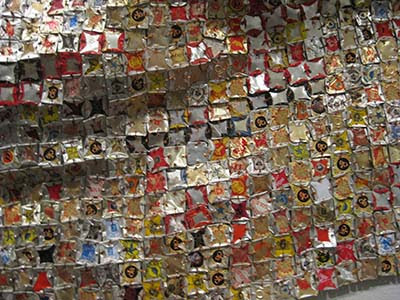 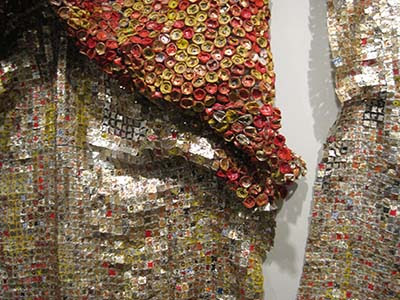 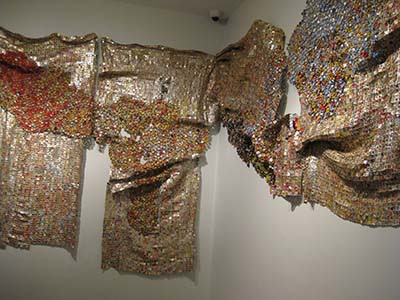 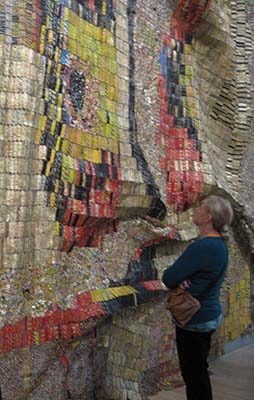 Just being in their presence is intoxicating. It's like standing next to Niagara Falls or the General Grant Tree - the thing is so big that it gives off gravity waves or negative ions or color emanations or some other invisible force field that makes existence more exciting... 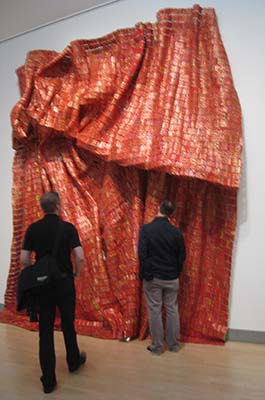 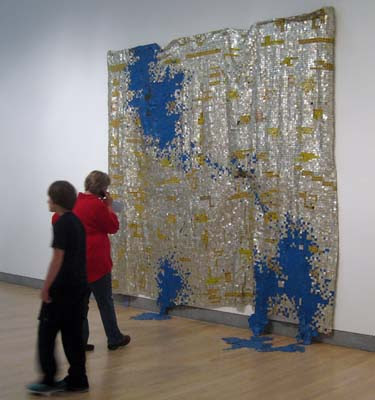 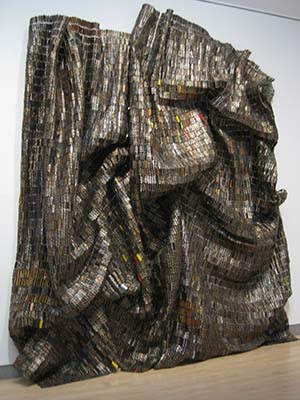 I realized that I gave up too quickly on my yogurt lid curtain. Anatsui obviously had the same problem - things tied together wouldn't hang flat - and he grooved with it. His artist's statement says that his pieces are draped differently in every venue, and that's part of the art - a little bit of performance art!

The exhibit statement also says "Anatsui converts found materials into a new type of media that lies between sculpture and painting."

As a quilter, I would respond: Hey, that's not so new. Quilters have been using found materials to create something on the borderline of painting and sculpture, for a very long time. But most of us are only a little off the 2D surface. Anatsui is a LOT.

And like El Anatsui, quilters work with repetition. But most of us are so much more timid about working on a massive scale.

I'm still collecting lids - I especially have trouble throwing away milk carton caps. I've limited myself to one small box full (same box also has empty spools and a jar of metal bottle caps). Someday I will make something out of them. 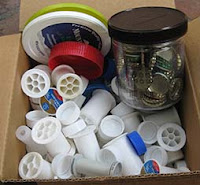 El Anatsui has me thinking about working huge. That's pretty scary. What's the biggest quilt you've ever made? I don't think I've gone over 120" on a side.


Posted by Cathy Perlmutter at 9:34 AM