Tessellations Quilts, From the Sublime to the Doodled

Tessellations are shapes that snuggle together without gaps or overlap, can go on forever, and can make fascinating interlocked designs. Among the best known are the tiles at the Alhambra Palace in Spain.

The (relatively) modern world’s most admired tessellator was 20th century Dutch artist M.C. Escher who was heavily influenced by the Alhambra. His intricate and imaginative compositions contained creatures like fish and birds, sometimes morphing from one to the other. 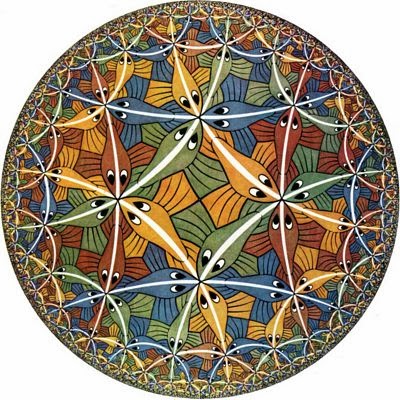 Several contemporary quilters are accomplished and original tessellators. Perhaps best-known is Jinny Beyer, who, in 1999, published easily the most complex quilt/craft book ever written: Designing Tessellations, The Secrets of Interlocking Patterns. In this Ph.D.-worthy tome, Beyer found that two existing scientific notation methods didn’t meet her needs, so she improved them, plus discovered some new ways to tessellate. Here's a Beyer stunner with gradated trees that read right side up and upside down. 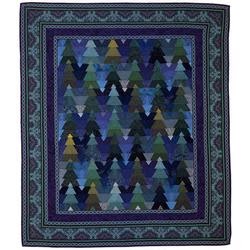 One of the amazing things about her work is that most things are pieced, a non-trivial accomplishment, because tessellated shapes' outlines rarely conform to e-z cutting or piecing methods. (Find her patterns and books at JinnyBeyer.com.)

Another flippin' genius quilter-tessellater is Raymond Houston, who has developed accessible and enjoyable games that create abstract geometrical designs with straight lines, and, more recently, curved, flowing Celtic knots. Thrill to his work at nachograndmasquilts.com. (Houston fuses his knots, as seen here. His pre-Celtic work is here.)

There many are other tessellation quilt patterns and books - please feel free to recommend your favorites in the comments.

Here's my humble contribution to the genre. I'm calling this quilt 'Fish, Fox, Feline, Flowers, Pink Flamingos and Beyond.' Each of those entities is quilted into the top. 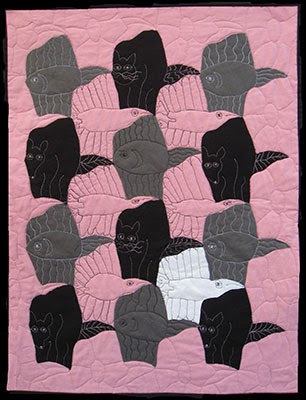 Because everything I do is e-z, it's based on a fun tessellations game practiced by grade school students - cutting pieces off from a shape and taping them to the opposite sides. I was launched by this terrific tutorial by awesome art quilter and blogger Kay Sorenson. After cutting the basic shapes from paper (which resemble leaves), I went off in a different direction.

I created “characters” for the shapes, a la Escher, and arranged them on-point, which dramatically reduced the need for pinpoint cutting accuracy, and made the quilt relatively easy and quick to fuse (since most "pieces" don't need fusing in place - they're pink background fabric.) 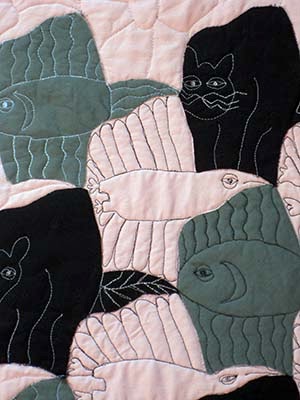 (OK, I regret the pepto-bismol hue. Next time: Blue.) The characters are straight-line machine quilted into each piece.

The reverse can be a high-contrast thread drawing that evokes an Escher sketch (or an Etch-a-Sketch, for those of us who are not drawing geniuses). Here's my reverse side: 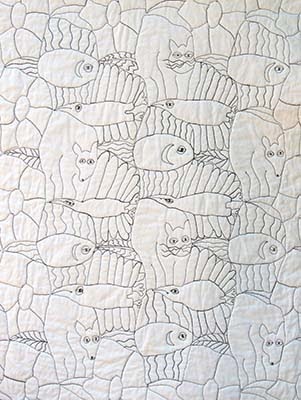 If you would like more guidance than in this blog post, I wrote up detailed step-by-step directions in a 15-page pattern, here. The most fun part is brainstorming ideas for the paper-cut shapes. Invent and sketch your own creatures, or borrow ideas from my two-dozen plus candidates, which also include: 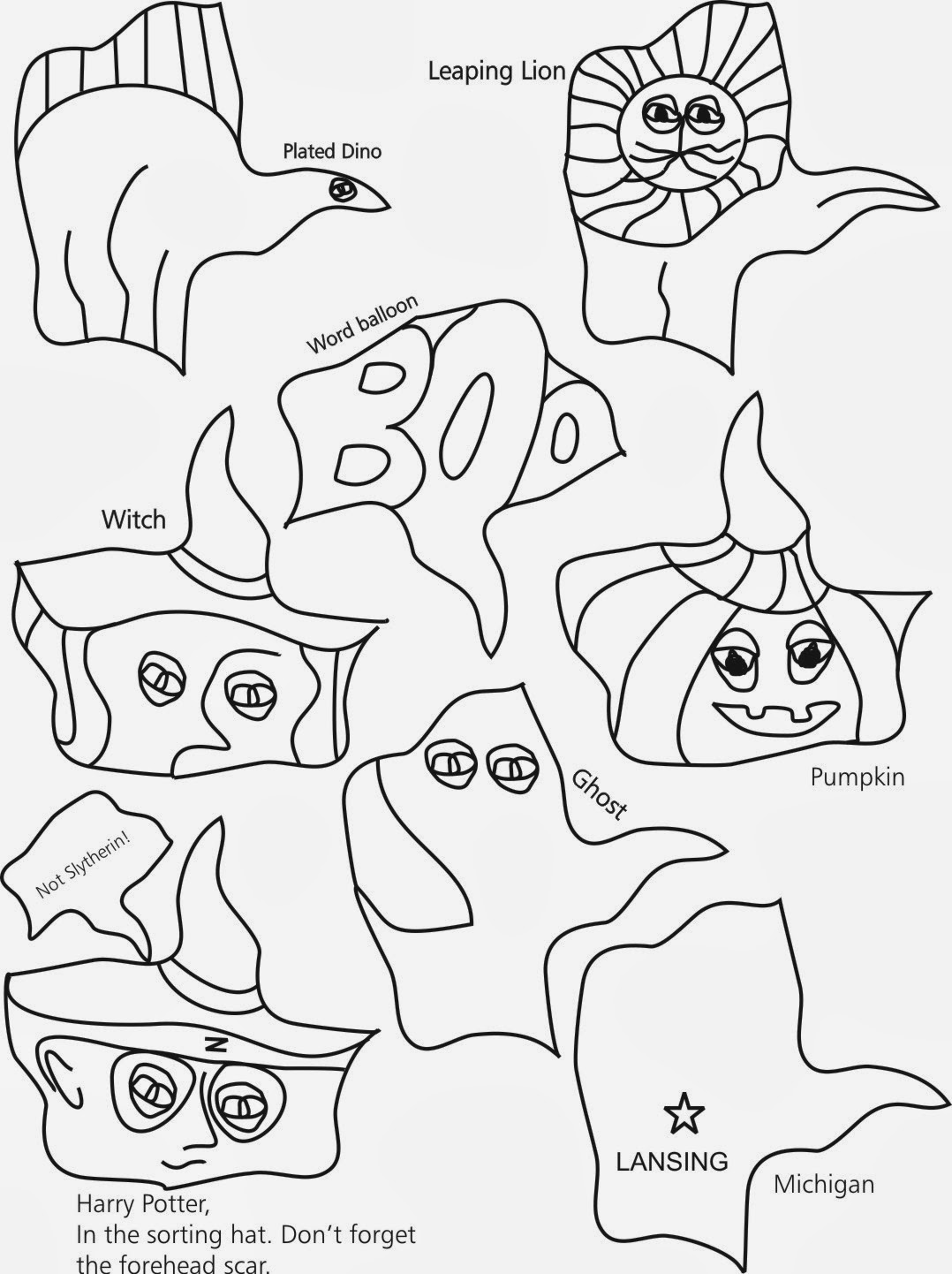 This is a fun activity to do in partnership with talented draw-ers, and/or an artsy-craftsy child (or child at heart). They will love playing with cut-out paper to make magic tessellating shapes, then doodling the characters into them.

UPDATE: You can also make your shapes into cookie cutters!

Posted by Cathy Perlmutter at 9:45 AM