Of course I am supposed to be working on something else entirely, but the horrifying events of last week in Paris are very much on my mind. While plowing through one of my fabric stash boxes looking for a quilt  backing, I came across this. 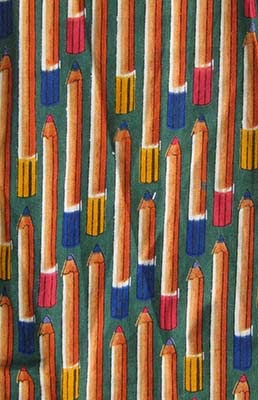 It looked at me, and I looked at it. Of course, it made me think of the Charlie Hebdo massacre on January 7.

In the very same storage box, I had also flipped past some Eiffel Tower fabric.

So the next thing you know, whatever it was I was working on was abandoned, and I frantically made this: 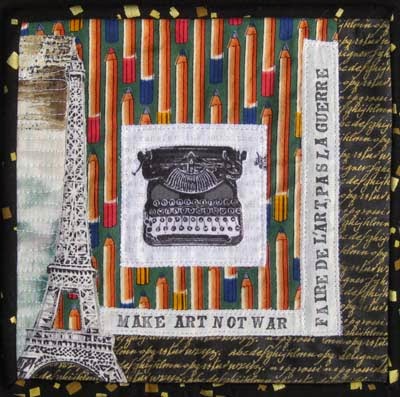 Over the next few days, in l'esprit d'escalier. I corrected the French, added some faceted black glass beads, a round fleur-de-lis badge, and a bottle of pseudo-Maneschewitz, the latter to memorialize those murdered in a kosher grocery store. 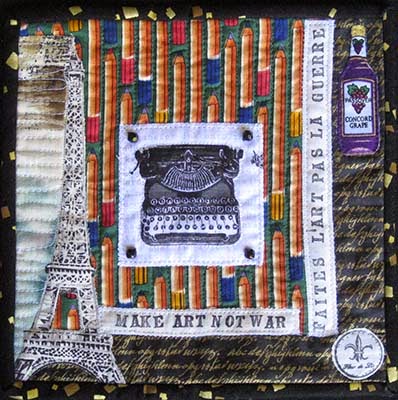 The lettering and the badge are rubber stamped; the rest are commercial fabrics.

The typewriter looks a lot like the one my father, a writer, used for most of his life. Several of the cartoonists killed were of my Dad's generation. It's terrible to think about their decades of provocative and irreverent speech and political satire, silenced.

If you make art about Charlie Hebdo, I'd love to see it.

UPDATE: Jean wrote me to suggest I look at the new cover of the New Yorker. It's even more succinct. 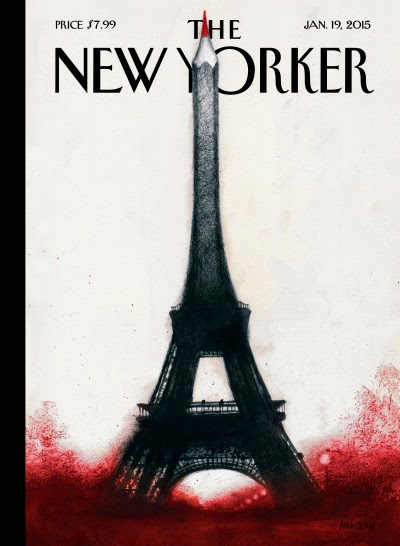 Posted by Cathy Perlmutter at 4:25 PM