In 2016, I was obsessed with stitching batik scraps into irregular blocks. At one point, the light and dark blocks kept separating themselves out, then organizing themselves into hashtags/tic-tac-toe boards. Like this: #, but less angled. Can you detect the four scrappy hashtags on my design wall below? 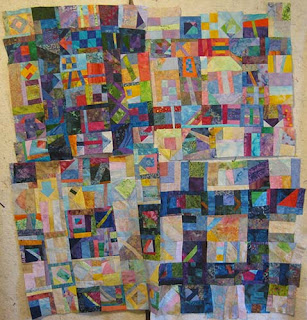 The more hashtags I made, the happier I became. Not only are hashtags interesting to look at and intuitive for quilters - a 9-patch variation - but they've become ubiquitous in our daily cyberlives.

Hashtags help us find ideas, images, emotions, facts, and, of course, alternative facts, richocheting around in cyberspace. Where we once had to schlep our bodies to libraries crammed with dictionaries, directories, encyclopedias, card catalogues and book indexes, we now dispatch our fingers to type tiny hashtags followed by a word or three.

So why shouldn't we use hashtags to organize our material scraps? Which brings us to the title I gave this first piece: #Hashtag Scraps. (If you read that out loud, it says "Hashtag hashtag scraps.") 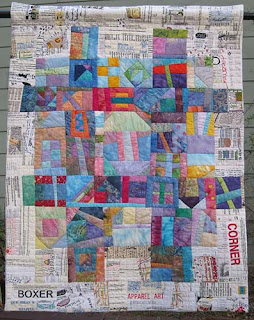 For the borders, I dug out all my scraps with words printed on them. Lower right corner: 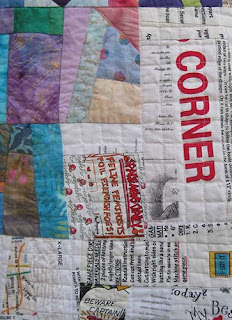 Many of my word scraps came from old fabrics with cut-and-sew projects printed on them. 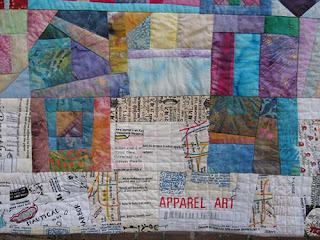 ...The "BOXER" headline below came from some dreadful make-your-own-men's-underwear fabric. I set the latter scrap against a new brassiere-themed fabric scrap. To summarize this section: #Underwear. 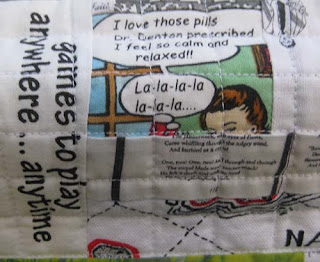 The back includes #eye charts,  #eyeglasses,  #keyboards,  #grunting sumo cats, and #millenium fabric. The whole piece is about 31" x 39". 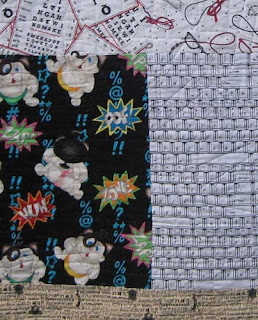 The second piece, below, I call "Hashtag Strips." It's similar to the quilt above, but with abstract black-and-white designs, lots of #selvages, as well as text. The strips are angled, for extra energy. It's 34" x 47". 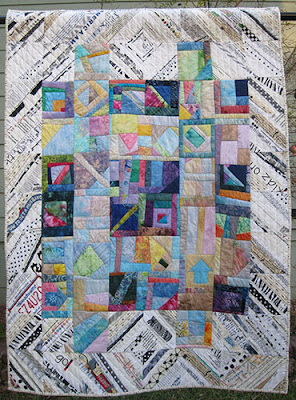 (If it looks familiar, that's because it had a dye-bleeding accident, which I fixed and blogged about here.) Below is the #husband-seeking section. 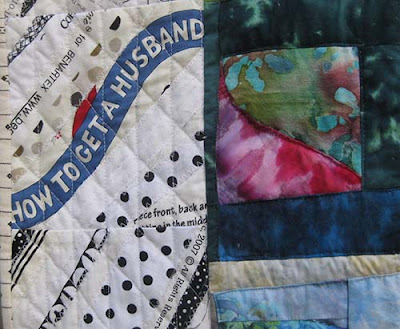 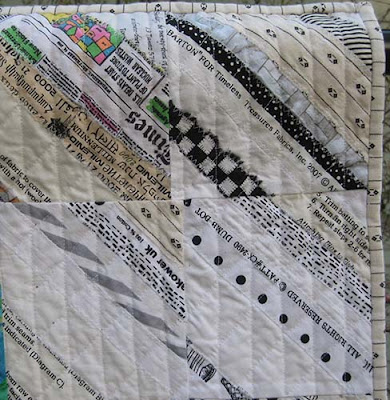 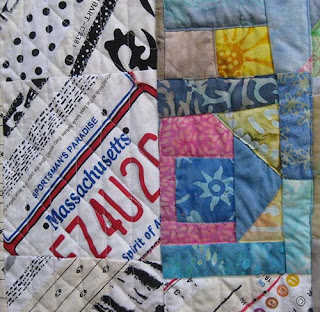 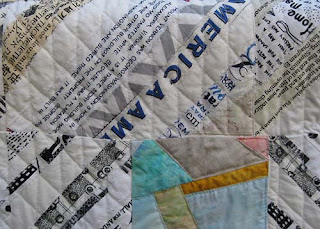 The back includes more #keyboards, #eyeglasses and #sumo cats again, plus #newspapers and #license plates. 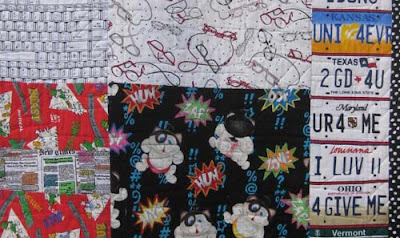 Now that I look at them, vanity license plates predicted text messaging and Twitter by decades!

For the third hashtag piece, I used a dramatic black-and-gold Lonni Rossi print in the borders. 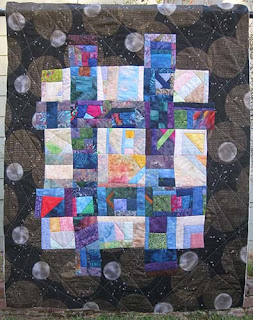 The large gold circles are made up of (fake) words. 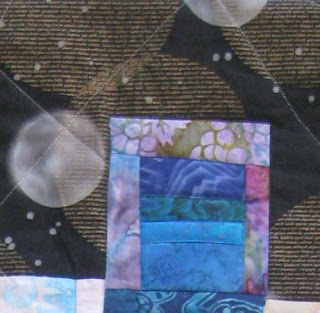 The Rossi print made me think about "The Cloud" and all those words and ideas hovering somewhere up there, in the sky (?), along with the seven newly-discovered planets, birds, aliens, ancestors and deities. (Do aliens read our Tweets?) The whole piece is 37" x 47."

Finally, my fourth hashtag quilt. I left out the borders. I put two sleeves on the top back of the two vertical bars, and the black crossbar is slipped through them. This oddly-shaped quilt measures 33" on the long bars x 25" wide. 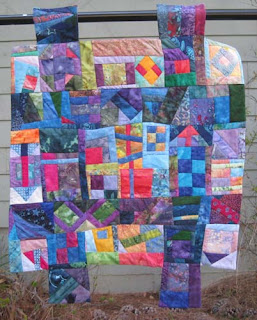 The best thing about making a hashtag quilt is that if you can persuade camera-shy friends and lovers to pose with them, holding them off to their right (even if they are left-handed, like my DH).... 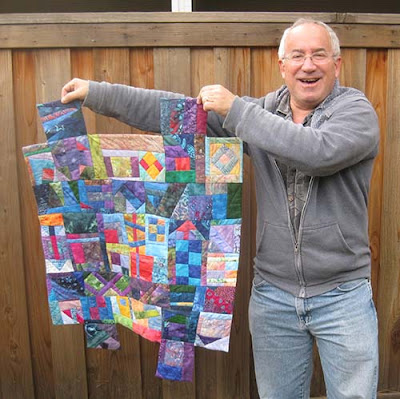 Some of these quilts may be for sale (email me if you're interested.) For more experiments with improvisational batik blocks, click "Batik" in the word cloud on the right.
Posted by Cathy Perlmutter at 8:42 AM