Sock Creature Do-Over for a Baby

Back in 2006, when my kids were in grade school, I became obsessed with the book, "Stupid Sock Creatures" by artist John Murphy. I made a bunch of them, including this entity, with a single two-button eyeball. 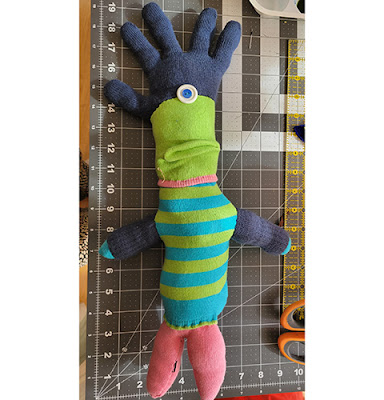 Well, now I have a grandson, so I removed the single choking-hazard eye, and replaced it with two embroidered felt eyes. 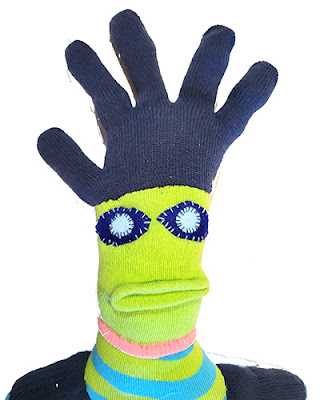 He's a little less weird, and a lot less dangerous. 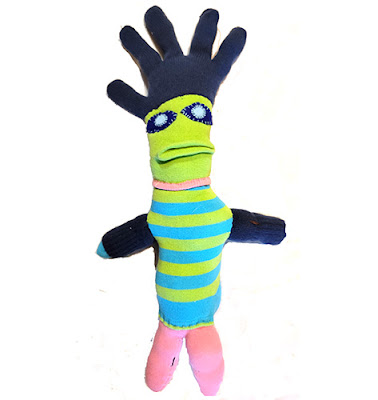 There are now three books in Murphy's sock creature book series, and I'm warning you; making them is addictive. Even more addictive is shopping for the materials. You'll find yourself as I did spending hours in Target's sock and glove aisle, looking for the loudest most fun pop-art accessories!

With Murphy's approach, the heel of the sock easily becomes the derriere, and they sit up nicely (with something behind them). 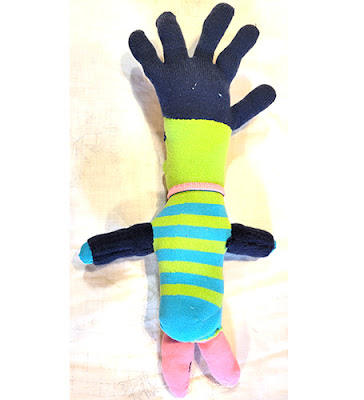 Murphy is a very interesting guy and you can learn more about him, his influences, and his thoughts about making a living as an artist, here.

Posted by Cathy Perlmutter at 10:23 AM