Fellow stitchers, what would you think if someone asked you that question? I would think: Here's somebody who once knew precisely the right question to ask about sewing machines.

But they haven't kept up. What about all the decorative stitches? Or the infinite stitch capabilities of computerized embroidery machines?  Or the high-power straight-stitch-only longarms?  "Straight or zigzag" doesn't even begin to cover it, and hasn't for the past thirty years or so.

Similarly, modern people can land anywhere along a wide and colorful gender and sexuality spectrum. Or rather, spectrums. "Straight or gay?"  is no longer nearly enough - and neither is LBGT.

That's what I learned while working on this Bruce/Caitlyn Jenner-inspired many-gendered brain quilt. Here's where we left off last week, with freezer paper stencils surrounding a stained glass raw edge  appliqué brain. (There's a tutorial in that post.) 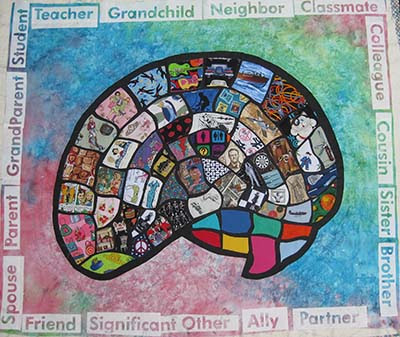 To backtrack a few years, I always thought that I was up on LBGT (Lesbian, Bi Gay Trans) issues, simply from reading and talking to friends.Then I spotted LBGTQ and had to look it up, Queer? Are you sure? Yes, indeed. The former insult had become a term of pride, to mean - 'gender non-conforming.'

Years later, I stumbled across LBGTQQ -  I was sure that second Q was a typo, but just in case, checked with my teenager who had a terrific sex-ed class. Good thing I did! Q turned out to be Questioning!

So then I was sure I knew it all, until a few months ago, I read that Facebook offers 56 different gender options! (They limit you to 10, however!?)

Not only that, but LBGTQQ had grown into LGBPTTQQIIAA+.  Did a cat step on a keyboard? No, it means (after the usual LGB) Pansexual, Transgender, Transexual, Queer, Questioning, Intersex, Intergender, Asexual, Ally. (I'm not sure what the + is for - does it mean "etcetera?")

While plotting out this quilt, it was clarified to me that when people talk about gender issues, they're talking about two different things:

And, like stitch length, width and shape, #1 and #2 can go together in an infinity of ways.

So I decided to surround my quilted brain with gender identities and sexual orientations, plus a few words for allies. 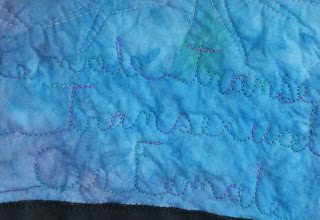 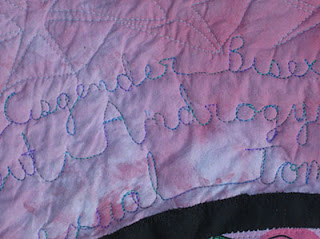 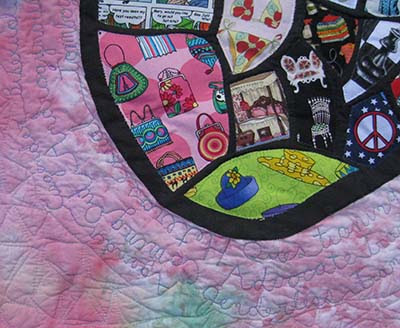 That's about 75 terms. And believe it or not, there are many more; some I felt uncomfortable using, and some are still rolling in (see comments below).

I do not envy anyone in the unconventional category. No one would willingly go through what they endure, especially growing up, if they had a choice. So if they're a little picky about which of  75+ terms they want to be called - that's fine with me! More quilt coverage!

On the other hand, I also read that not all gender-nonconforming people like these labels. To tell you the truth, as I was stitching them out, some were a little intimidating. (I am a 'cis-person,' which sounds uncomfortable. I did once have a cyst on my ovary...never mind...)

That's why I decided to circle the borders with relationship words. Whatever the label, conforming and non-conforming people are ours. Our brothers, sisters, mothers, fathers, sons, daughters, friends, neighbors, ancestors, descendants, our beloveds.

I filled in the corner spaces with stylized neurons. (They look like starfish or sand dollars. Needs work.) 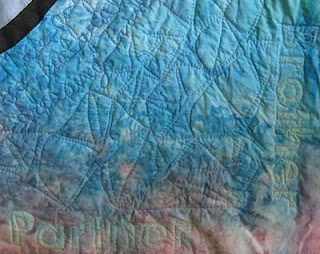 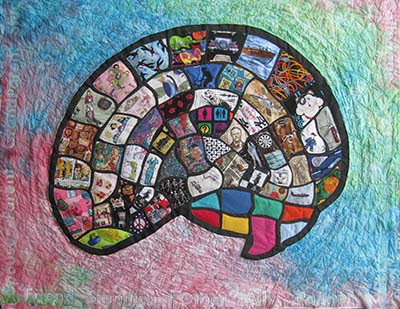 So I  painted inside the letters, using rainbow colors. I was literally painting on Friday while listening to the news announcement that the Supreme Court had upheld same-sex marriage. It felt so right. 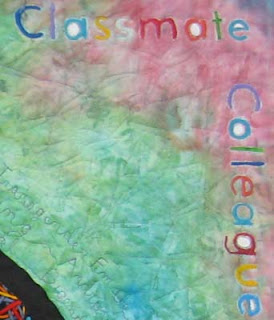 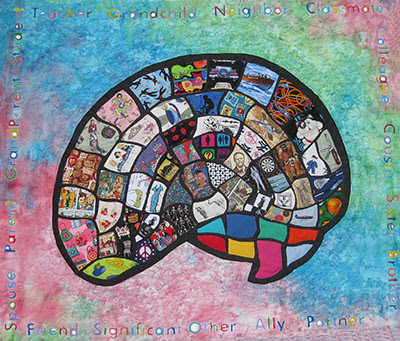 Incidentally, the concept of  a gender spectrum is not new. I just read an article which argues that classical Judaism has a half-dozen genders. One of the loveliest terms on new gender lists is the Native American  "Two Spirit." (Update: My friend Ellie sent me another Native American term: Berdach. Please look in the comments for more terms that Ellie sent me!)

If you don't have someone who's gender nonconforming in your life, watch this bat mitzvah kid. She is so poised and articulate, she made me cry.

Part I of this series is here.

Congratulations to all the new potential brides and grooms (and the old ones, too)! 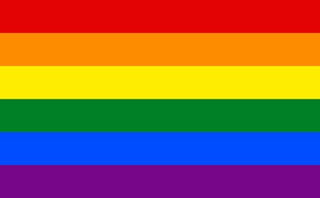 Posted by Cathy Perlmutter at 8:31 AM