In my last post, I showed off a very happy 2021 inauguration crochet scene, here. To recap the highlights, I made a whole lot of jubilant and competent people, diligently wearing masks (except when called upon to speak or sing.) 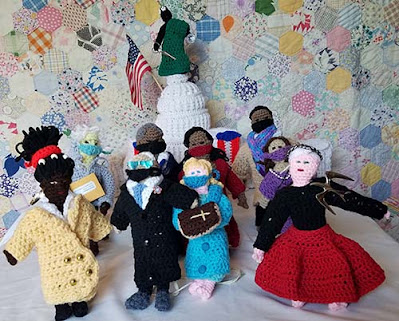 Plus a Capitol building:

When I showed it off on Facebook, friends asked me if I would do the insurrection next. No way, I thought. Crochet, almost by definition, makes sweet and adorable objects. How could you  crochet murderous cruelty and delusion?

But I couldn't let the idea go. In the late 70s/early 80s,, I lived in Washington DC, part of that time in a townhouse on Capitol Hill. Every morning, I walked to the Capitol, down the front steps, across the mall, and up to my office. Since then, I've had great affection for the Capitol, and for the visitors from far-flung places who I'd see touristing (verb?) on the mall. So the January 6 insurrection, defiling a place I loved, hit me hard.

After debating with myself for a while, I gave it a shot. (No pun intended) 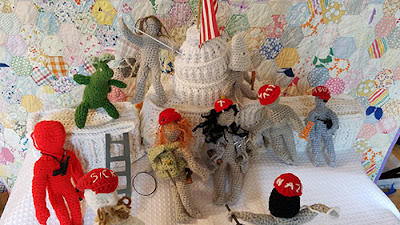 There's a Hitler worshipper, His hat says "Abuse," which could stand for what he was doing to Capitol police officers, or what happened to him in his childhood, or both. 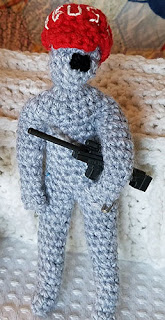 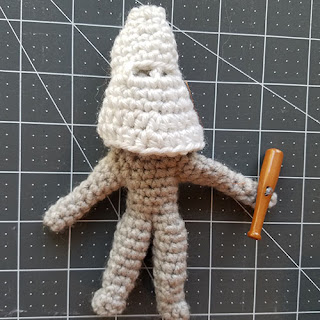 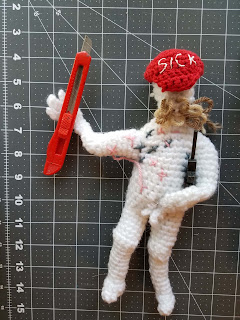 Hairy backpack man. I couldn't bear to embroider a real swastika, so I did it wrong. 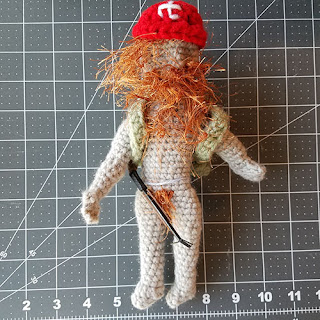 The nail in his backpack could give you tetanus. 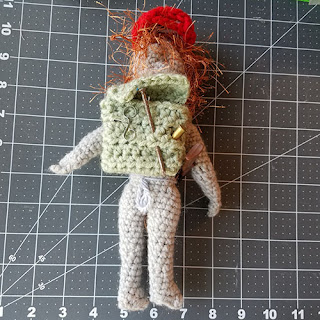 He's best friends with hairy bullet vest guy, and they brought a ladder. 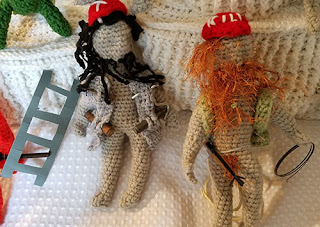 Bullet vest closeups. I bought the empty casings on ebay years ago, for a different social statement crochet project. (It involved a yarn gun). 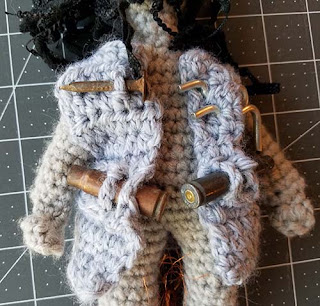 Vest guy believes he is a Christian. 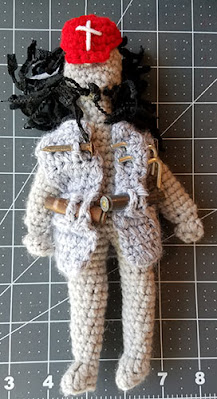 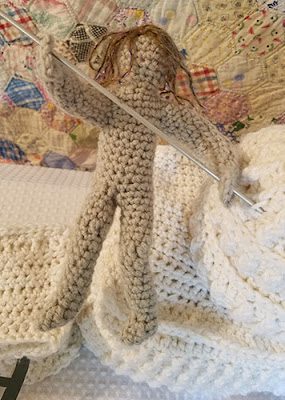 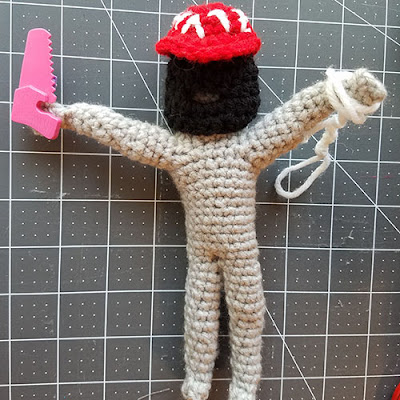 They all need help; some need prison. Here's the lineup. If you recognize any of them, call a psychiatrist and/or the FBI.

I don't really know what to do with this installation, or the inauguration one. Ideas are welcomed. I think of it as a psychotherapy play set, which will allow me (and its eventual owners) to play out our hopes and fears surrounding the very strange month in American history, January 2021.
Revisit the Inauguration crochet here.

Posted by Cathy Perlmutter at 12:10 PM